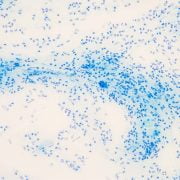 There is scientific evidence to show that certain metals alloys containing copper have antiviral and antimicrobial properties that creates a protective nature to surfaces. Copper ions damage the cell membranes of bacteria, viruses and fungi while being completely safe to touch for humans (Wayne, 2020). In fact the US Environmental Protection agency (US EPA) recognised copper as the first antimicrobial metal in 2008. This unique

characteristic is consistent throughout its life as long as it is cleaned regularly and continues even why recycled or mixed with other metals to create alloys. In fact ancient civilisations used copper for these properties well before western society started to use it in drinking and other transported materials via copper tubes (Wikipedia, 2022). These ancient copper containers can be seen in museums around the world and although not understood molecularly it is clear that this metal was preferred due to its antimicrobial effects and twin this with durability, lightness and recyclability it further confirms the brilliant attributes of copper.

Applications of copper in the built environment

The centuries old knowledge of copper as a antimicrobial material has been aplied to high traffic areas in our most vulnerable parts of the built environment. This is in the form of fixtures and fittings in hospitals to large pipes transporting drinking water. Copper is seen in the built environment in lots of forms due to its flexible and malleable nature, for instance plates, tubes, coating, wires and rods. These various forms have also been used recently against the spread of infections diseases like SARS, influenza and norovirus. Such studies have revealed how copper ions and nano-particles effect these micro- organisms, all without any effect on humans (Salah, Parkin and Allan, 2021)

Copper is a versatile material

With these great attributes in a microbial sense it is also good to understand that copper can be used in large formats that also reflect this characteristics and these are found in the form of pressure vessels, distillation equipment, piping systems and gaskets. According to the Copper Development Association (CDA) there are four different areas of industry where copper is utilised. 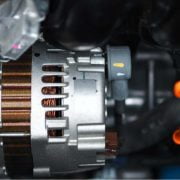 Applications and source of copper
The applications for copper is immense and it is one of the most commonly used base
metals and a reliable indicator of our economic health (Fastmarkets, 2022). One of the
least know applications is its importance in the renewable energies production and
specifically battery production for EV cars and technology surrounding the storage of
energy, to meet the challenges of Net Zero 2050. There are 390 primary copper mines in
the world according to McKinsey & Company (2022) with Chile hosting six of the largest
copper mines in the world. The Escondida mine produces 7% of all global production
(Mining.com, 2021) and with 54% of the worlds refined copper being used by China in
2020, its demand in the future does not seem to be declining.

With copper following the global economic health it is no wonder that copper recycling is a huge business with the Chinese importing 1.69 million tonnes of copper and copper alloy scrap in 2021 (Fastmarkets, 2022). The fact that scrap copper ends up in China is starting to again impact on the secondary copper output at 2.257 million tonnes and this copper-recycling closed-loop system is starting to grow again as the restrictions on lower grade concept is more widely accepted by ‘climate-sensitive” customers. The large copper users and producers recently pledged to make recycled copper 25% of their total production by 2025.

The extraction of copper will be required for years to come and it is a finite resource but the fact that it can so widely and easily be recycled offers a unique dimension to it as a product. It is also has a much lower percentage of contribution to GHG (Green House Gas) emissions (0.1%, Azevedo, M. et al. 2022) than other materials like steel, plastics and cement. In fact this ‘green premium’ product far exceeds the recyclability of plastic with only 17% of global production being recycled, although this is set to rise. Copper in

type of material produced with much lower emissions. These innovations in products that seek to be more sustainable are benefiting the copper production market to drive it to be a much more sustainable product.

https://www.cubralco.com/wp-content/uploads/2022/11/Cubralco-blogs.jpg 565 1004 admin@cubralco http://www.cubralco.com/wp-content/uploads/2018/06/logo-300.jpg admin@cubralco2022-11-14 13:07:132022-11-14 14:48:43Is Copper is a sustainable resource?
Scroll to top
We use cookies on our website to give you the most relevant experience by remembering your preferences and repeat visits. By clicking “Accept All”, you consent to the use of ALL the cookies. However, you may visit "Cookie Settings" to provide a controlled consent.
Cookie SettingsAccept All
Manage consent

This website uses cookies to improve your experience while you navigate through the website. Out of these, the cookies that are categorized as necessary are stored on your browser as they are essential for the working of basic functionalities of the website. We also use third-party cookies that help us analyze and understand how you use this website. These cookies will be stored in your browser only with your consent. You also have the option to opt-out of these cookies. But opting out of some of these cookies may affect your browsing experience.
Necessary Always Enabled
Necessary cookies are absolutely essential for the website to function properly. These cookies ensure basic functionalities and security features of the website, anonymously.
Functional
Functional cookies help to perform certain functionalities like sharing the content of the website on social media platforms, collect feedbacks, and other third-party features.
Performance
Performance cookies are used to understand and analyze the key performance indexes of the website which helps in delivering a better user experience for the visitors.
Analytics
Analytical cookies are used to understand how visitors interact with the website. These cookies help provide information on metrics the number of visitors, bounce rate, traffic source, etc.
Advertisement
Advertisement cookies are used to provide visitors with relevant ads and marketing campaigns. These cookies track visitors across websites and collect information to provide customized ads.
Others
Other uncategorized cookies are those that are being analyzed and have not been classified into a category as yet.
SAVE & ACCEPT